Ethereum is the New King of the Crypto Town, Hits a New High Above $1400

While the entire cryptocurrency market is undergoing a major correction since the beginning of this week, Ethereum has managed to swim against the tide and emerged as the new boss of the crypto town. 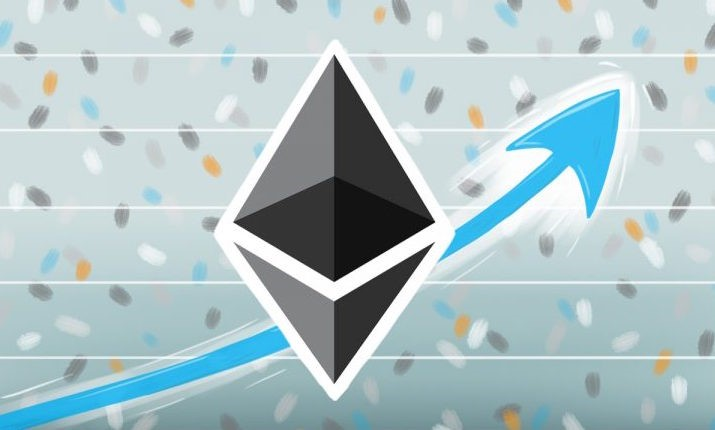 The cryptocurrency has surged more than 60 percent in a week to hit a record-high of $1,424.29, as per our data. This makes Ethereum as the most trending cryptocurrency currently which has now given more than 13,000% returns in last one year, with almost close to 100% rise since the start of 2018. With this Ethereum, has crossed a market cap of above $130 billion.

Ethereum and Ripple were in a close-knit competition until recently where Ripple has corrected more than 50% in past three days and is currently trading at $1.83 with valuations of just over $73 billion. It seems after a huge run-up in Ripple, investors are now booking profits and shifting gears to Ethereum which confidently managed to surpass $100 billion valuations this week to now above $130 billion.

Also, one of other major reasons why investors look confident about Ethereum is that unlike Bitcoin, Ethereum blockchain has multiple applications beyond just trading Ether coins. Last year, we saw how Ethereum blockchain provided the platform for many new startups to initiate ICOs.

In addition to that, the Ethereum blockchain is also a host to build a lot of decentralized applications with the already existing and top ones being CryptoKitties, 0x, EtherDelta, Status, and OmiseGo. These applications already have a huge customer base and perform thousands of transactions on the blockchain on daily basis. Moreover, major companies like Microsoft and JP Morgan are a part of the Enterprise Ethereal Alliance that looks after developing applications using the Ethereum’s blockchain protocol.

With the increasing number of projects coming on Ethereum blockchain, the investor sentiment is overall bullish as there has been an increasing amount of trust in Ethereum’s future. Recently, co-founder Vitalik Buterin revealed that the Ethereal blockchain has reached 1 million transactions on daily basis. Moreover, the Ethereum foundation has also received a grant worth millions of dollars in order to implement the projects for scaling research and to resolve the underlying scalability issues.

Vitalik Buterin has also invited third-party independent developers to join the team for further growth. He wrote: “Independent teams of developers, companies and university and academic groups are all welcome to apply; we recognize that different types of applicants may require different formats and processes and we are willing to be flexible to accommodate individual teams’ needs.”

This year of 2018 will certainly chart a new path for Ethereum ahead and possibly we can also see a huge development ahead.