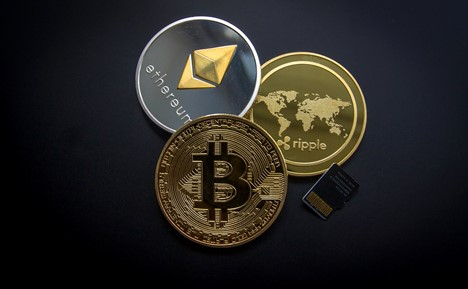 PayPal CEO Dan Schulman has once again expressed his confidence on cryptocurrencies. In one of his latest interviews with Tech, Schulman shared why he is bullish about crypto and how it can play a major role in changing the future of global finance.

“I'm very excited about what crypto and digital ledger technology can do to the financial system going forward,” said Schulman during his keynote speech at Axis Tel Aviv. He further added he doesn’t see crypto as an investment tool for price appreciation. The PayPal CEO believes that crypto has a larger role to play in the global payments system.

He also commented about the recent race among central banks to launch their central bank digital currencies (CBDCs). Big economic powers believe that CBDCs will give them an edge in getting a large pie of the global payments market.

China has already accelerated development in this space since the past two years and has been ready to launch its Digital Yuan in the market. Other countries too have joined the bandwagon.

The European Union is working on having its own CBDC aka Digital Euro which is expected to arrive by the next year of 2023. Similarly, U.S. President Joe Biden has recently stated that federal agencies should start working on their central bank digital currencies aka the Digital Dollar.

Considering all these developments, Schulman added: “Clearly, across the world, central banks are looking at issuing digital currencies. The intersection between CBDC, stable coins, digital wallets, and enhanced utility of payments through cryptocurrencies is not just fascinating but I think will redefine a lot of the financial world going forward”.