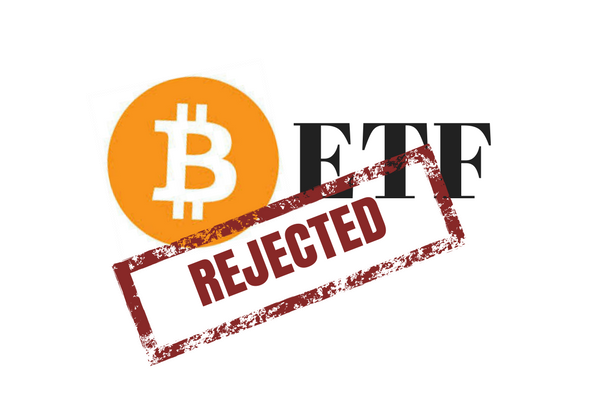 The race for launching Bitcoin-related exchange-traded funds (ETFs) has intensified after the launch of the Bitcoin Futures contracts by CME and CBOE groups in the last month of December. Many financial firms are seen racing up to the doors of the Securities and Exchange Commission (SEC) to seek an permission for launching Bitcoin ETFs.

In what might come as a bit shocker to most of them, several firms have been asked by the SEC to withdraw their requests for Bitcoin ETFs expressing “concerns regarding the liquidity and valuation” of the underlying asset.”

After facing the recent rejection by SEC, the firms are now sighting feedback for this step taken. In a letter on Jan 8, Angela Brickl, Direxion's secretary, wrote: "On a call with the Staff on January 5, 2018, the Staff expressed concerns regarding the liquidity and valuation of the underlying instruments in which the Fund intends to primarily invest and requested that the Trust withdraw the Amendment until such time as these concerns are resolved. In response to the Staff's request, the Trust respectfully requests withdrawal of the Amendment.”

A letter from ProShares on the following day echoed the same language where Richard Morris, general counsel and secretary for ProShares, wrote: "This request for withdrawal is being made in response to a request from the Staff.”

The SEC has recently proposed two other rule changes that could provide a way for the Bitcoin ETF. The Chicago Board Options Exchange (Cboe) which was the first to launch Bitcoin Futures Contract has also filed for Bitcoin ETFs with the SEC. CBOE’s ETF proposals will be exempt from several market manipulation rules governing traditional assets. The Sec has been seeking public inputs for these proposals.

Given SECs stand of repeated rejected to Bitcoin ETFs and its unwillingness to consider them is a matter of serious concern, especially for those planning to launch Bitcoin-related investment instruments and products. While talking to Business Insider last month, Chris Concannon, CEO of CBOE said “A healthy market is a healthy underlying market, derivatives markets, and an ETF. That will take time.”

Bitcoin’s extreme volatility has been a major reason of concern for it to be considered for investment instrument.