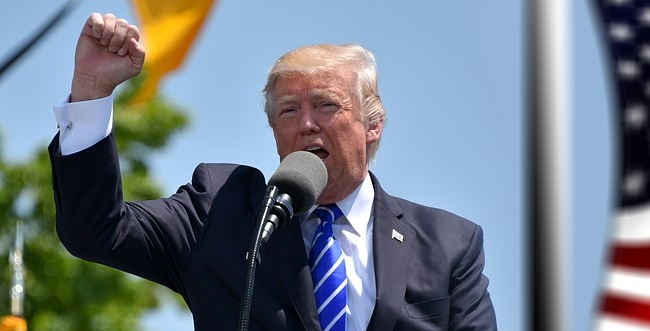 For a while, cryptocurrencies were highly-sensitive to the opinions of market makers, such as important politicians, corporate CEOs, governments, and financial institutions. Today, while prices are still sensible towards international events, the market has matured enough to avoid rapid price swings following positive or negative crypto-related statements.

This argument has been recently proven, following President Donald Trump’s first bitcoin-related tweet. With this in mind, Trump mentioned that “I am not a fan of Bitcoin and other cryptocurrencies, which are not money, and whose value is highly volatile and based on thin air. Unregulated Crypto Assets can facilitate unlawful behaviour, including drug trade and other illegal activity.”

It’s certainly understandable that the President of the world’s most powerful country is against cryptocurrencies. After all, the United States holds the US Dollar, which is the world’s most widely-used fiat currency. However, Trump’s argument regarding illegal activities and drug trade doesn’t stand, granted that fiat can be equally used as a means to finance illegal operations.

Trump’s second tweet covered Facebook’s Libra Coin, and mentioned: “Similarly, Facebook Libra’s “virtual currency” will have little standing or dependability. If Facebook and other companies want to become a bank, they must seek a new Banking Charter and become subject to all Banking Regulations, just like other Banks, both National and International. We have only one real currency in the USA, and it is stronger than ever, both dependable and reliable. It is by far the most dominant currency anywhere in the World, and it will always stay that way. It is called the United States Dollar!”

Based on this, according to Trump, digital currency projects aren’t feasible. An increase in their viability could only be possible with further regulation and compliance from cryptocurrency organizations. However, the decentralized state of the market makes meeting this demand impossible. On the other hand, Facebook can easily comply with state regulations, and may have a bit of an upper hand in convincing its user base to rely on Libra.

However, the cryptocurrency market has matured considerably, thus many analysts do not believe that statements against decentralized coins, or the appearance centralized cryptos can affect the market anymore at this point.

Up until this point, the United States government has showcased a fairly ignorant approach towards cryptocurrencies. While regulatory frameworks concerning digital currencies exist at state and federal level, there are little to no incentives or public research teams ready to further study digital currencies and blockchain technology.